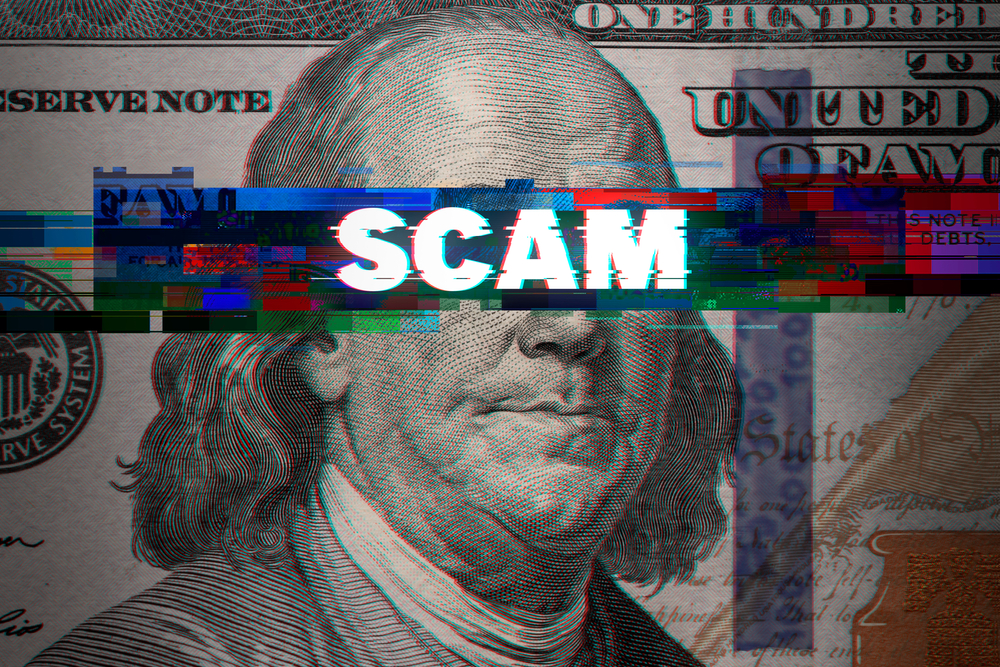 The “Dirty Dozen” is a list of common tax scams that target taxpayers. Compiled and issued annually by the IRS, it includes a number of aggressive and evolving schemes that taxpayers should avoid. Let’s take a look at this year’s “Dirty Dozen” tax scams:

In this transaction, the appreciated property is transferred to a CRAT. Taxpayers improperly claim the transfer of the appreciated assets to the CRAT in and of itself gives those assets a step-up in basis to fair market value as if they had been sold to the trust. The CRAT then sells the property but does not recognize gain due to the claimed step-up in basis. The CRAT then uses the proceeds to purchase a single premium immediate annuity (SPIA). The beneficiary reports, as income, only a small portion of the annuity received from the SPIA. Through a misapplication of the law relating to CRATs, the beneficiary treats the remaining payment as an excluded portion representing a return of investment for which no tax is due.

In these transactions, U.S. citizens or U.S. residents attempt to avoid U.S. tax by making contributions to certain foreign individual retirement arrangements in Malta (or possibly other foreign countries). In these transactions, the individual typically lacks a local connection. A local law allows contributions in a form other than cash or does not limit the number of contributions by reference to income earned from employment or self-employment activities. By improperly asserting the foreign arrangement is a “pension fund” for U.S. tax treaty purposes, the U.S. taxpayer misconstrues the relevant treaty to improperly claim an exemption from U.S. income tax on earnings in and distributions from the foreign arrangement.

In these transactions, U.S owners of closely held entities participate in a purported insurance arrangement with a Puerto Rican or other foreign corporation with cell arrangements or segregated asset plans in which the U.S. owner has a financial interest. The U.S.-based individual or entity claims deductions for the cost of “insurance coverage” provided by a fronting carrier, which reinsures the “coverage” with the foreign corporation. The characteristics of the purported insurance arrangements typically include one or more of the following: implausible risks covered, non-arm’s-length pricing, and lack of business purpose for entering into the arrangement.

These transactions involve the inappropriate use of the installment sale rules under section 453 by a seller who effectively receives the sales proceeds through purported loans in the year of a sale of property. In a typical transaction, the seller enters into a contract to sell appreciated property to a buyer for cash and then purports to sell the same property to an intermediary in return for an installment note. The intermediary then purports to sell the property to the buyer and receives the cash purchase price. Through a series of related steps, the seller receives an amount equivalent to the sales price, less various transactional fees, in the form of a purported loan that is non-recourse and unsecured.

Fake charities that steal your money. Bogus charities are always a problem. To check the status of a charity, use the IRS Tax Exempt Organization Search tool. Individuals should never let any caller pressure them. A legitimate charity will be happy to get a donation at any time, so there’s no rush, and donors are encouraged to take the time to do the research.

An “offer,” or OIC, is an agreement between a taxpayer and the IRS that resolves the taxpayer’s tax debt. The IRS has the authority to settle or “compromise” federal tax liabilities by accepting less than full payment under certain circumstances. OIC mills are a problem all year long but tend to be more visible right after the filing season ends, and taxpayers are trying to resolve their tax issues perhaps after receiving a balance due notice in the mail. These “mills” contort the IRS program into something it’s not – misleading people with no chance of meeting the requirements while charging excessive fees, often thousands of dollars. They make outlandish claims, usually in local advertising, regarding how they can settle a person’s tax debt for pennies on the dollar. The reality usually is that taxpayers pay the OIC mill a fee to get the same deal they could have gotten on their own by working directly with the IRS.

Ghost preparers. Although most tax preparers are ethical and trustworthy, taxpayers should be wary of preparers who won’t sign the tax returns they prepare, often referred to as ghost preparers. For e-filed returns, the “ghost” will prepare the return but refuse to digitally sign as the paid preparer. By law, anyone who is paid to prepare, or assists in preparing federal tax returns, must have a valid Preparer Tax Identification Number (PTIN). Paid preparers must sign and include their PTIN on the return.

Inflated refunds. Not signing a return is a red flag that the paid preparer may be looking to make a quick profit by promising a big refund or charging fees based on the size of the refund. Unscrupulous tax return preparers may require payment in cash only and will not provide a receipt, invent income to qualify their clients for tax credits, claim fake deductions to boost the size of the refund, or direct refunds into their bank account, not the taxpayer’s account.

7. Scams To Steal Your Identity, Personal Financial Information, and Money

Criminals have used bogus calls, texts, emails, and posts online for years. Victims are tricked into providing sensitive personal financial information, money, or other information that can be used to file false tax returns and tap into financial accounts, among other schemes. The IRS continues to see common scams such as text messages, email phishing, and phone messages. Generally, the IRS will first mail a bill to any taxpayer who owes taxes. All tax payments should only be made payable to the U.S. Treasury and never be made payable to third parties. Anyone who doesn’t owe taxes and has no reason to think they do should never give out any information. Hang up immediately and do NOT click links or open attachments in unsolicited, suspicious or unexpected text messages, whether from the IRS, state tax agencies, or others in the tax community.

Spear phishing is an email scam that attempts to steal a tax professional’s software preparation credentials. These thieves try to steal client data and tax preparers’ identities to file fraudulent tax returns for refunds. Spear phishing can be tailored to attack any type of business or organization. It is a serious problem because it can be tailored to attack and steal the computer system credentials of any small business with a client database, such as tax professionals’ firms. The latest phishing email uses the IRS logo and a variety of subject lines such as “Action Required: Your account has now been put on hold.” These emails are scams that send users to a website that shows the logos of several popular tax software preparation providers. Clicking on one of these logos will prompt a request for tax preparer account credentials.

Offshore accounts. As international tax and money laundering crimes have increased, numerous individuals have been identified as evading U.S. taxes by attempting to hide income in offshore banks, brokerage accounts, or nominee entities. They then access the funds using debit cards, credit cards, wire transfers, or other arrangements. Some individuals have used foreign trusts, employee leasing schemes, private annuities, and structured transactions, attempting to conceal the true owner of accounts or insurance plans.

U.S. persons are taxed on worldwide income. The mere fact that money is placed in an offshore account does not put it out of reach of the U.S. tax system. U.S. persons are required to report income from offshore funds and other foreign holdings under penalty of perjury. The IRS uses a variety of sources to identify promoters who encourage others to hide their assets overseas.

Digital assets. The proliferation of digital assets across the world in the last decade has created tax administration challenges regarding digital assets, partly because there is an incorrect perception that digital asset accounts are undetectable by tax authorities. Unscrupulous promoters continue to perpetuate this myth and make assertions that taxpayers can easily conceal their digital asset holdings. Taxpayers should not be misled into believing this, risking the possibility of exposing themselves to civil fraud penalties and criminal charges that could result from failure to report transactions involving digital assets.

Most people file on time and pay their fair share of tax; however, those who choose not to file a return represent a compliance problem that continues to be a top priority of the IRS. Taxpayers (especially those earning more than $100,000 per year who have a legal filing requirement) may be wrongly persuaded that not filing their return is a smart move. They should remember, however, that the Failure to File Penalty is initially much higher than the Failure to Pay a Penalty. As such, it is more advantageous to file an accurate return on time and set up a payment plan if needed than to not file. If a person’s failure to file is deemed fraudulent, the penalty generally increases from 5 percent per month to 15 percent for each month or part of a month the return is late, with the maximum penalty generally increasing from 25 percent to 75 percent.

In syndicated conservation easements, promoters take a provision of the tax law allowing for conservation easements and twist it by using inflated appraisals of undeveloped land (or, for a few specialized ones, the facades of historic buildings). They may also use partnership arrangements devoid of a legitimate business purpose. These abusive arrangements do nothing more than game the tax system with grossly inflated tax deductions and generate high fees for promoters. The IRS examines 100 percent of these deals, and hundreds of these deals have gone to court.

In abusive “micro-captive” structures, promoters, accountants, or wealth planners persuade owners of closely-held entities to participate in schemes that lack many insurance attributes. For example, coverages may “insure” implausible risks, fail to match genuine business needs or duplicate the taxpayer’s commercial coverages. The “premiums” paid under these arrangements are often excessive and are used to skirt the tax law. Recently, the IRS has stepped up enforcement against a variation using potentially abusive offshore captive insurance companies. Abusive micro-captive transactions continue to be a high-priority area of focus.

While this list is not an exclusive list of transactions the IRS is scrutinizing, it represents some of the more common trends and transactions that may peak during that tax filing season as returns are prepared and filed. Taxpayers and practitioners should always be wary of participating in transactions that seem “too good to be true.” Please contact the office immediately if you think you’ve been a victim of a tax scam.